Discussion of private patients in public hospitals – is it a problem and what are the solutions? 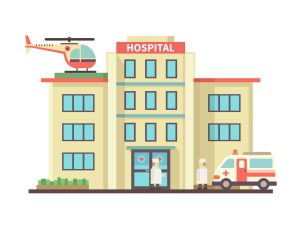 The number of patients with private health insurance electing to use their insurance when being treated in a public hospital has increased over the past 10 years. During this time, it has become a sensitive and hotly debated topic, especially leading up to the recent federal election and expiry of the National Reform Health Agreement and Nationally Efficient Price Determination on 1 July 2020.

Joanna Green, Principal at Hive Legal, recently facilitated a panel of high profile panelists at the Informa Health Insurance Summit in Sydney to consider the impact of this issue, its pros and cons, and potential causes and solutions. Here’s a summary of the issue, and our take on how it might be addressed.

With the incidence of private patients electing to use their private health insurance in public hospitals (PPIPH) arguably on the rise, it’s clear that this has the potential to significantly impact how hospital treatment is provided (and paid for) in Australia.

Given competing views and tensions about this issue, there have been a range of suggestions made about the actual incidence of PPIPH, underlying causes, positive and negative impacts, and proposals for future management.

Is it a problem?

PPIPH starts with the Medicare Principles that underpin the funding of Medicare, including that patients should have a choice to be treated in a public hospital for free (even if privately insured) and ought to be treated on the basis of clinical need. The level of care for private and public patients is required to be the same. Accordingly, a patient should not be prioritised or treated differently because of their insurance status.

Attendance in both public and private hospitals of all patient types is on the rise, and since 2011 there has been an increase of:

However, the incidence of PPIPH appears to have increased annually at an average rate of 10.5%, approximately 2-3 times the increase of the other types of patients.2 There are also certain categories of patients which appear to be increasing at a more rapid rate, such as patients who are admitted via the emergency department, as compared with elective surgery.3

Additionally, hospital data appears to show that private patients may be prioritised over public patients with similar clinical needs, that private patients may be more likely to be assigned to more urgent categories for admission, and that they may be more likely to receive medical procedures while in hospital.4 We appreciate, however, that there may be explanations for this and further relevant context to understand.

Within these observations, the rates of increase of PPIPH do tend to differ across Australia. Some States and Territories have policies for hospitals to achieve specific targets for ‘own source’ revenue, and it’s reasonably likely that such incentives might result in ‘conversion’ of admissions to private by public hospitals.5

The negative impacts of the PPIPH can be intangible and difficult to conclusively determine. Some of the arguments in this regard are that PPIPH can or does result in:

Some particular public hospitals have a notably higher percentage of private patient admissions. This growth has occurred even in cities and regions where there are well established private hospitals offering a comprehensive range of services. Some hospitals have encouraged patients to elect to use their PHI with brochures, and staff employed specifically to find patients who can elect.6

What are the benefits?

Despite the potential risks and issues with PPIPH, it’s clear that there are also a number of benefits from this hospital setting flexibility, including:

What is causing private patients to elect?

There are a range of arguments being put forward as to why PPIPH is on the rise. One primary argument is that, with funding being stretched for many public hospitals, there may be an incentive for those hospitals to seek or encourage their private patients to elect.

It’s also possible that the Commonwealth Activity Based Funding model introduced in 2012, which pays for the number and mix of patients to encourage efficiency, has contributed to the increase of PPIPH. This model was not intended to incentivise the treatment of PPIPH and in fact, attempts to discount private patients by two adjustments. However, it has been suggested that the model has been implemented differently across the States and Territories, sometimes with added targets or incentives for private patient revenue for hospitals, and sometimes with private patient adjustment factors not apparent or not being applied.7 The only jurisdiction which has fully applied the model is the ACT, but there has still been significant growth of PPIPH in the 3 years since the funding was agreed.8

An increase of basic or “junk” PHI policies may have also been a contributing factor. As these policies have lower cover than their “gold”, “silver” and other higher tier policy counterparts (in an effort to make PHI more accessible for everyone), they have exclusions which can significantly reduce their members’ hospital cover.

Factors such as lack of rural access to private hospitals is commonly cited as a reason private patients elect in public hospitals. However, some data reviewed does suggest that there is no correlation with the presence or absence of a private hospital in the area: even where regional hospitals admit comparatively high percentages of private patients, these numbers are lower than those in many metropolitan hospitals.9

It’s also possible that lack of patient understanding as to their PHI policy coverage might contribute to some of the potential negative effects of PPIPH. Many patients, when posed the question of whether or not to elect, are unsure of the benefits and costs of doing so (and sufficient information about this may not be readily available once in hospital).

And finally, doctor remuneration models also arguably contribute to private patients electing. Doctors may be financially incentivised to treat their private patients in a public hospital as they may be entitled to a payment from the hospital, as well as Medicare and private health insurers.

How can the incidence of private patients in public hospitals be reduced?

There is no shortage of proposed ways to reduce the incidence of PPIPH. Some of these are: 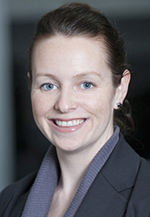 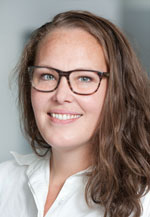