ASIC has recently reconsidered its policy position on certain difficulties under the Corporations Act applying to NZ foreign exempt listings. The result – a more consistent and simplified approach.

Corporations Act restrictions faced by NZ Foreign Exempt Listings In late 2015, the ASX Listing Rules were amended with the intention of making it simpler for companies listed on the NZX Main Board (NZX) to obtain a ‘foreign exempt listing’ on ASX. Despite this, it became quickly apparent that the treatment of these companies under the Corporations Act (Act) significantly limited the usefulness of these improvements.

A foreign company must register under the Act as a foreign entity as a necessary precursor to applying for admission as a foreign exempt listing. However a foreign entity which has an exempt listing is not a ‘listed disclosing entity’ under the Act. Accordingly, such companies cannot comply with the continuous disclosure rules contained in section 674 of the Act and therefore are unable to issue a ‘cleansing notice’ in compliance with sections 708AA or 708A of the Act.

As a result, these companies are unable to easily:

This issue has significant consequences for NZX companies seeking a foreign exempt listing on ASX who have had to resort to issuing disclosure documents or restricting the on-sale of the securities in Australia. This has been the case even in circumstances where no funds have been raised (eg. the infamous Xero one share offer to overcome the Historic On-sale Restriction). As a result, the benefits of the ASX streamlining the process for foreign exempt listings have been lost in the compliance requirements under the Act.

One method to manage the issues noted above has been to seek relief from ASIC. ASIC has declined to provide class relief on this issue but has previously granted individual relief to overcome the Future On-sale and Rights Issue Restrictions. The form of relief granted has usually required the company to lodge the equivalent of a cleansing notice in New Zealand at the time of the relevant share issue (NZ Cleaning Notice), subject to a three month waiting period after ASX Listing. However, ASIC has been inconsistent in its approach to this relief in the past.

As a result, ASIC reconsidered their approach to this topic and granted our client the relief as requested, addressing all elements noted above. Furthermore, they applied the 3 month waiting period to the company’s NZX listing, rather than ASX Listing.

This relief as granted overcomes: 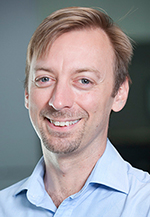